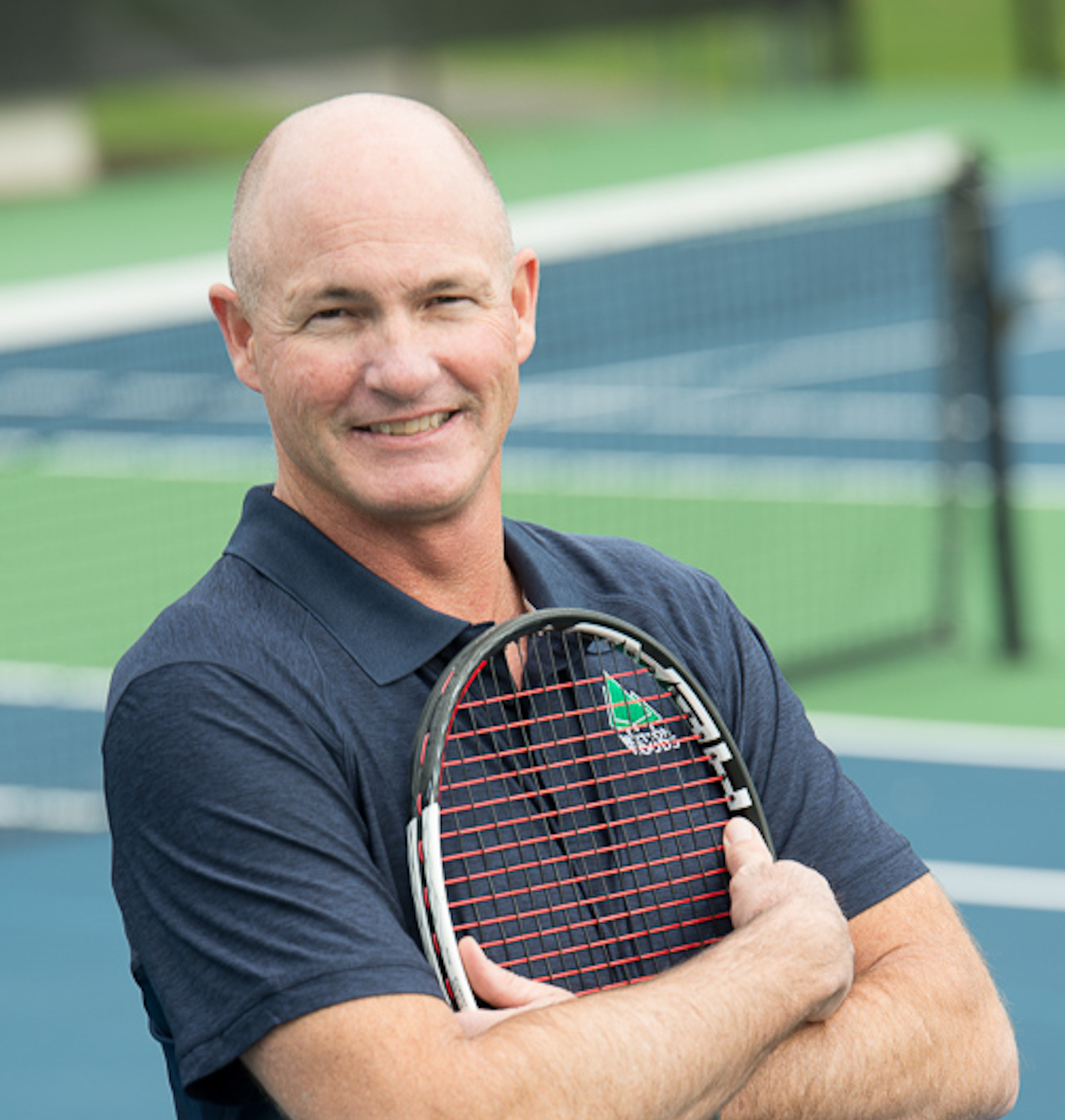 Dave Johnson began his tennis career competing in junior local and regional tournaments in the Mid-Atlantic Region before receiving a tennis scholarship to Ferris State University in Big Rapids, Michigan. During his college years, Dave was a member of the nationally ranked Ferris State Men's Tennis Team and he received the distinction of being an All Conference Player from 1989 to 1992. During his college summers, he began as an Assistant Professional at Chevy Chase Club. In 1993, Dave accepted a full-time position at Chevy Chase. Dave quickly became actively involved in improving and growing the adult and junior programs. Within a few years, Dave was promoted to Junior and Adult Coordinator at Chevy Chase and supervised a staff of four Tennis Professionals and assisted the Pro Shop with administrative and retail responsibilities. In 1997, as a certified USPTA Professional, Dave competed in the national Men's Open Singles and achieved a national singles rating of 9. Dave joined the team at Bretton Woods in April 2005.